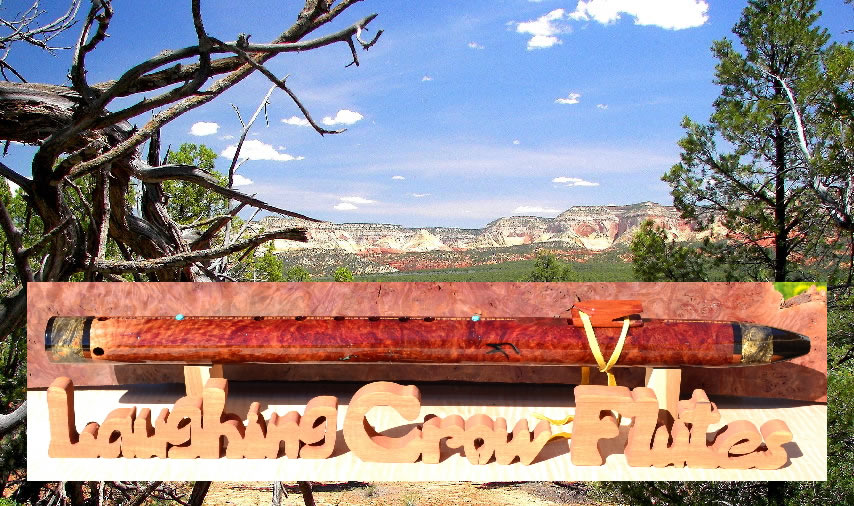 Some in Standard Notation and Some in Nakai Tablature and Finger Tab.

First category is the "Native American Music in Seven Volumes" series. This category represents songs from seven different areas of North America. This music is written in standard notation. Transcribed by Daniel Chazanoff

Volume 1 "Indians of the Southwest"

Volume 2 "Indians of the Plains" Out of Print

Volume 3 "Indians of the Northwest" Out of Print

Volume 4"Indians of the Lakes and Woods" Out of Print

Volume 5 "Indians of the Great Basin" Out of Print

Volume 6 "Indians of the Southeast" Out of Print

All Seven Volumes of Native American Music Out of Stock

Songs for All Seasons by Mark Holland

Songs for all Seasons is Mark Holland’s Native American flute song book featuring his personal selection of songs from his massive collection of published works. Written in Nakai Tablature, Toubat Tab and Finger Tab.This marvelous collection of songs showcase Marks’ talents as a songwriter and performer. This easy to play 76 page song book, features ten of his original compositions transcribed in Nakai flute Tablature and finger charts for the six hole flute and one song transcribed in Toubat tablature and finger charts for the diatonic six hole flute. No matter what level of flute player you are, you can play these songs.

Also included is the first ever “Flute Karaoke” CD! A play along companion CD featuring four songs with no flute tracks. All the other instrumental portions of the songs are on the CD so that you can blend your own flute playing style with the music. All ten of the songs can be heard on Marks original recordings: For Such A Time As This, Visions and Dreams, Four Winds, Born Out of Silence, Progressive World, Four Winds & Storytelling, Greatest Gift. You can play along with Mark by listening to these CD’s and following the song book. As a bonus three songs have chords to allow the flutist to play with an accompaniment guitar or piano.

A note about the included CD. It contains the backing tracks for 4 of the songs in this book. It's like you have Autumn's Child playing the backing tracks using guitar, cello, percussion, etc. without the Native American Flute. The music for the flute is written in the book and you provide the flute part. They're calling it "flute karaoke" in the book. Suffice it to say, the musicianship and arrangements are world class as they are the backing tracks you hear on Mark's records. 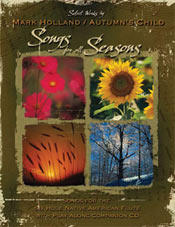 In this book you will find a collection of 35 songs. This book uses a combination of music notation for rhythm and a numbering system for pitch. It is designed to accommodate the non music reader as well as accomplished musicians. 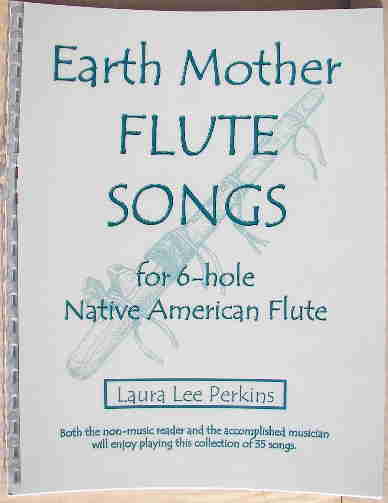 "Music of the Cherokee Nation" Vols. I & II

These volumes are written for Native American Flute or recorder with drum and rattle. They are written in Standard Notation.
A word from the Author:All songs and dances of "Music of the Cherokee Nation, Volume I and Volume II" are playable on Native American Flutes. Six-hole diatonic scale flutes can play all pieces, while modal scale flutes can play some. Five-hole pentatonic scale flutes can play only a few. Some pieces have also been transposed to make them accessible to soprano and tenor flutes in D or alto flutes in G. All pieces can also be played on recorders of any kind, modern transverse flutes, as well as penny whistles in D, C, G and low D. In some cases gemshorns and ocarinas can be used. The use of a single or double sided drum and a good rattle (or maracas) will add greatly to make this music come alive.   George Kelischek

"Music of the Cherokee Nation Vol 1

"Music of the Cherokee Nation Vol 2 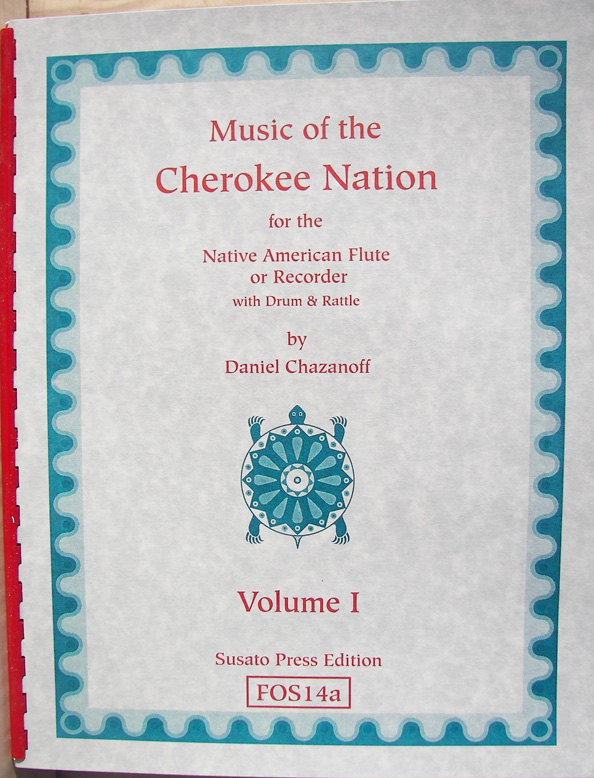 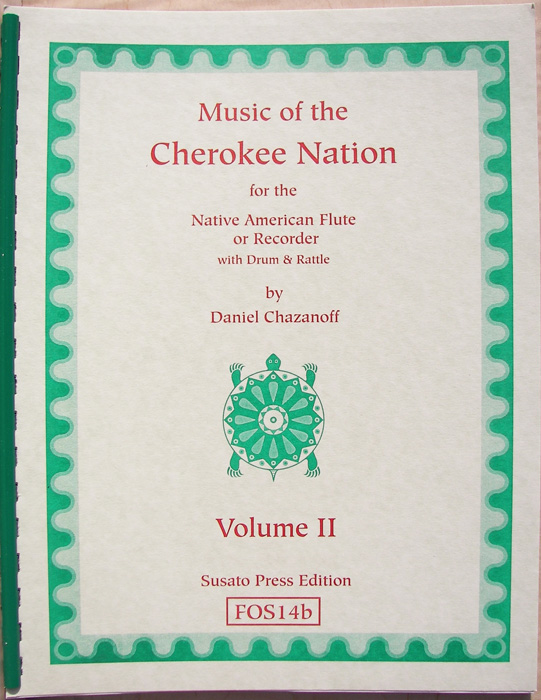 All pieces can also be played on recorders of any kind,  modern transverse flutes, as well as penny whistles in D, C, G and low D. In some cases gemshorns and ocarinas can be used. 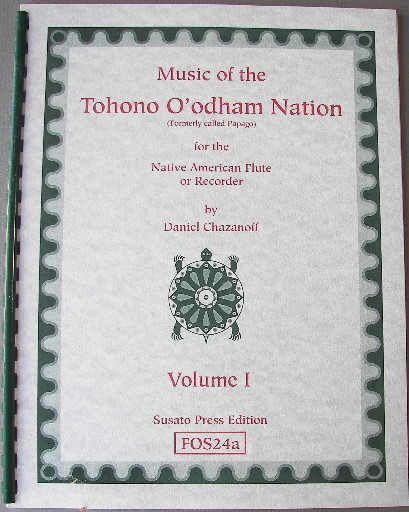 Based on music of the Alabama Tribe and arranged for three Native American Flutes,  SAT Recorders or in some cases, Gemshorns, by John S Kitts-Turner. This book is written in Standard Notation

"The upper voices in these trios are the themes derived from Frances Densmore's field work with the Alabama Indian tribe in 1933. In the case of some ethnological research, there is a possibility of scribal error or individual performance variants and the appearance of frequent meter change and irregular meters may be questioned. The arranger has therefore, in some places, paraphrased the notated melody in order for it to be more easily playable and more rhythmically regular." John S. Kitts-Turner 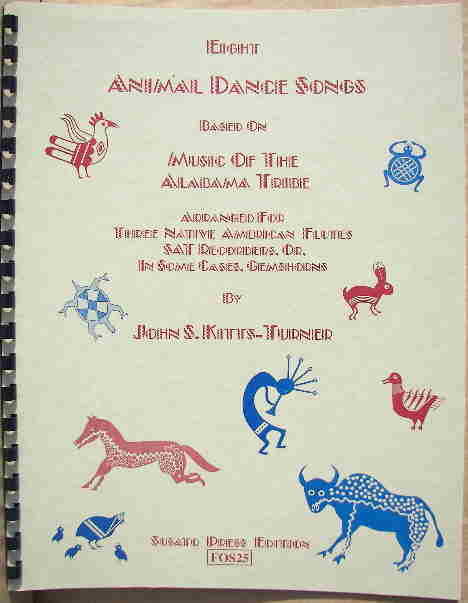